October 13th is Thanksgiving here in Canada and I would like to wish all my friends and followers a wonderful day.  In celebration of Thanksgiving I would like to feature one of my favorite people and favorite authors Rosanna Leo.  Rosanna's latest release is the newest book in her Gemini Island Shifters.  If you follow my blog you will remember that my Bestie The Bookchick and I interviewed the characters in the book and had a wonderful time. 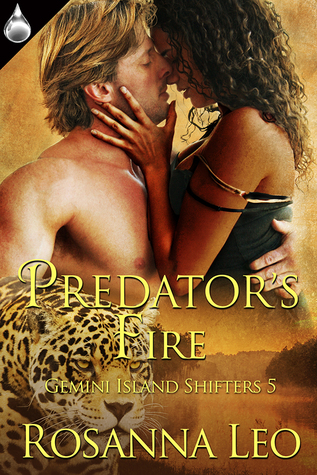 I'm a huge fan of The Gemini Island Series and have been anxiously awaiting the release of this novel and Rosanna Leo didn't let me down. In fact, she actually upped the ante by adding high intrigue to the story arc.

We have met Killian our hero in a few of the previous novels but in a lot of ways this book could be read as a stand a lone even though there are characters that appeared in the previous books you don't need to know their stories to understand this novel.

AS expected Killian met his mate on at the Ursa Lodge, I think me saying they met and mated is not spoiling the story and this follows the formula of the other stories in the series where the wonderful characters is what makes them so different from each other. RL is a master at creating lovable, relatable shifter characters..but where this novel sets it's self apart is that it really ramped up the intrigue and introduced a protagonist that will take the entire series to a new level. This is a truly genius move on RL's part to keep the series fresh and create a bit more edge to it.

I suspect that the next novel will be Connor's unless we get to know more of the Hungarian Tigers that made an appearance in this novel. I'm so curious as to where we will be taken and hope RL ramps up the suspense and edge in the next one and of course name a character after me LOL....

I give this novel a 4.5 star rating and a HIGH recommendation, I challenge anyone not to fall in love with the shifters of Gemini Island. Give yourself a treat and meet your next book boyfriend..just remember Ryland is mine!