New Release!!!! THE SUIT by B N Toler (see my review at the end)

The Suit
by B N Toler


What happens when two dreams collide? 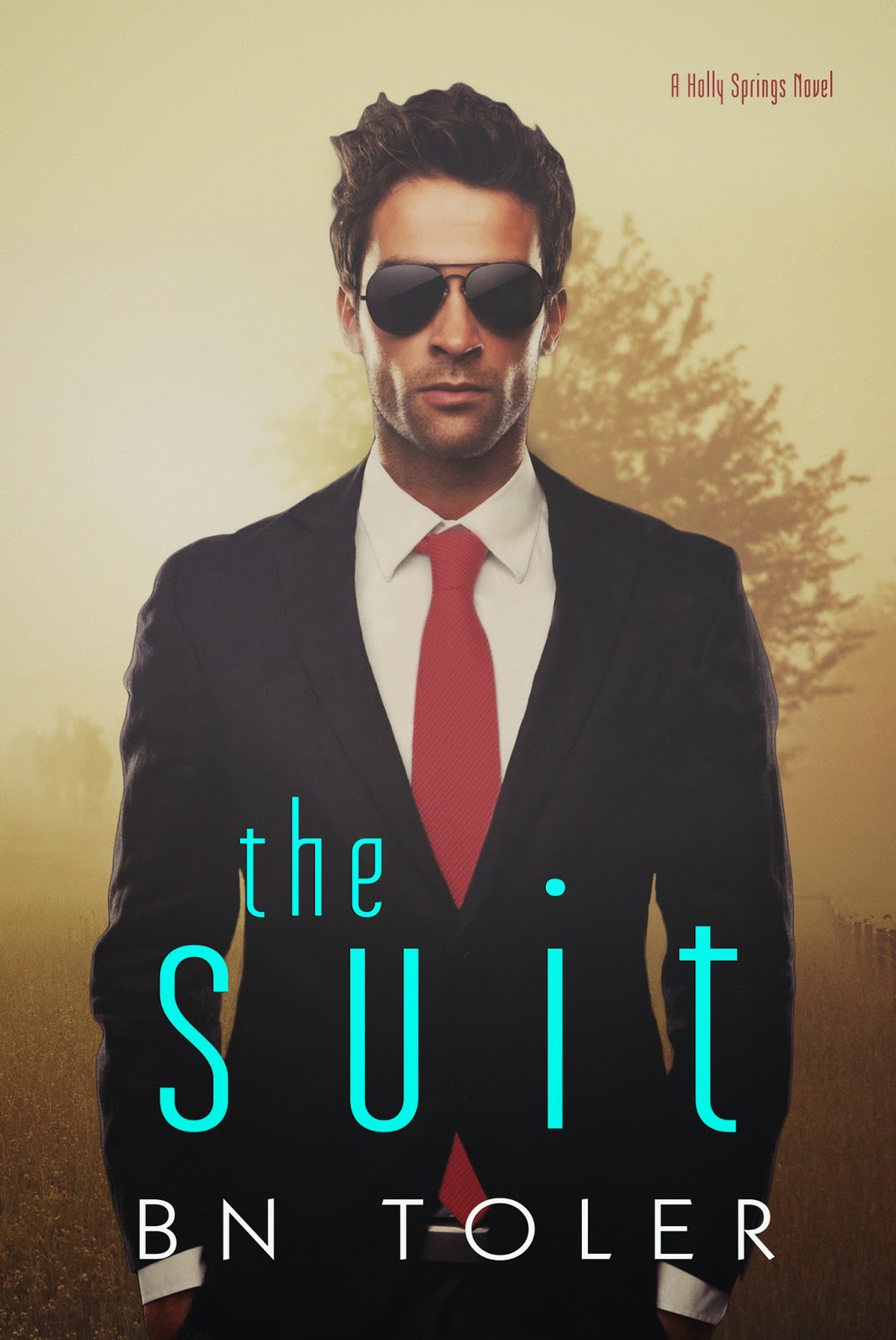 Fed up with the farm life and his one-time love of training horses, John Wilson has traded his tattered boots and jeans for power suits and cufflinks. Through hard work and determination, John has just graduated from law school and is focused on a fresh start. Refusing to let his bitter past hinder his future, John is intent on moving forward with his new life. 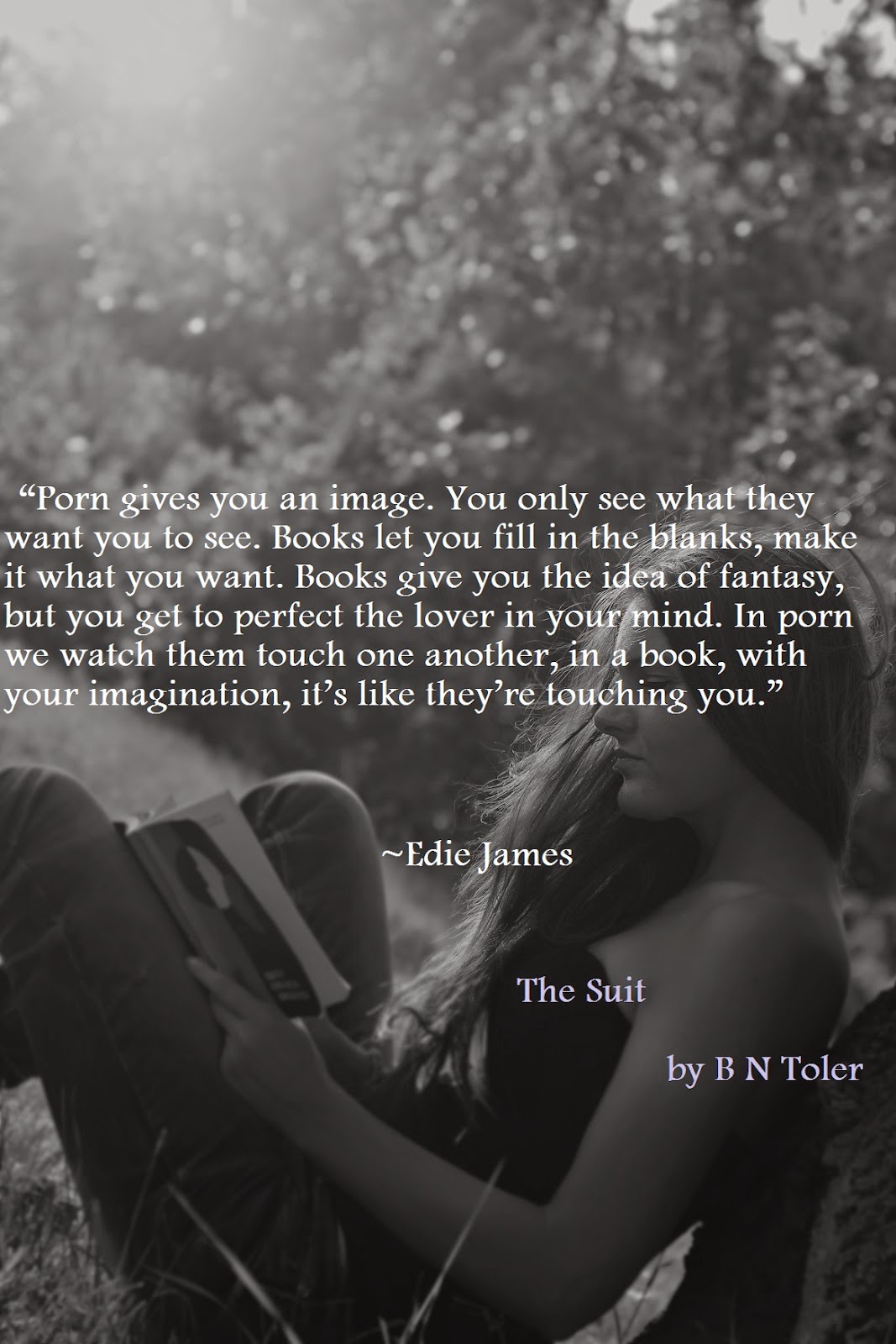 Except there’s one last thing he has to do—settle old debts before he can truly move on.

Unfortunately, settling debts involves him returning to a life he’s worked hard to forget. A mind-numbing summer working on a horse farm awaits him, and he’s dreading every damn minute of it.

Edie James is mourning the loss of her grandfather when John Wilson shows up in his perfectly tailored suit, reeking sexiness and city elegance—everything she’s not. Their meeting is less than pleasant as they both distastefully size up one another.

She thinks he’s arrogant and a white-collar yuppie. 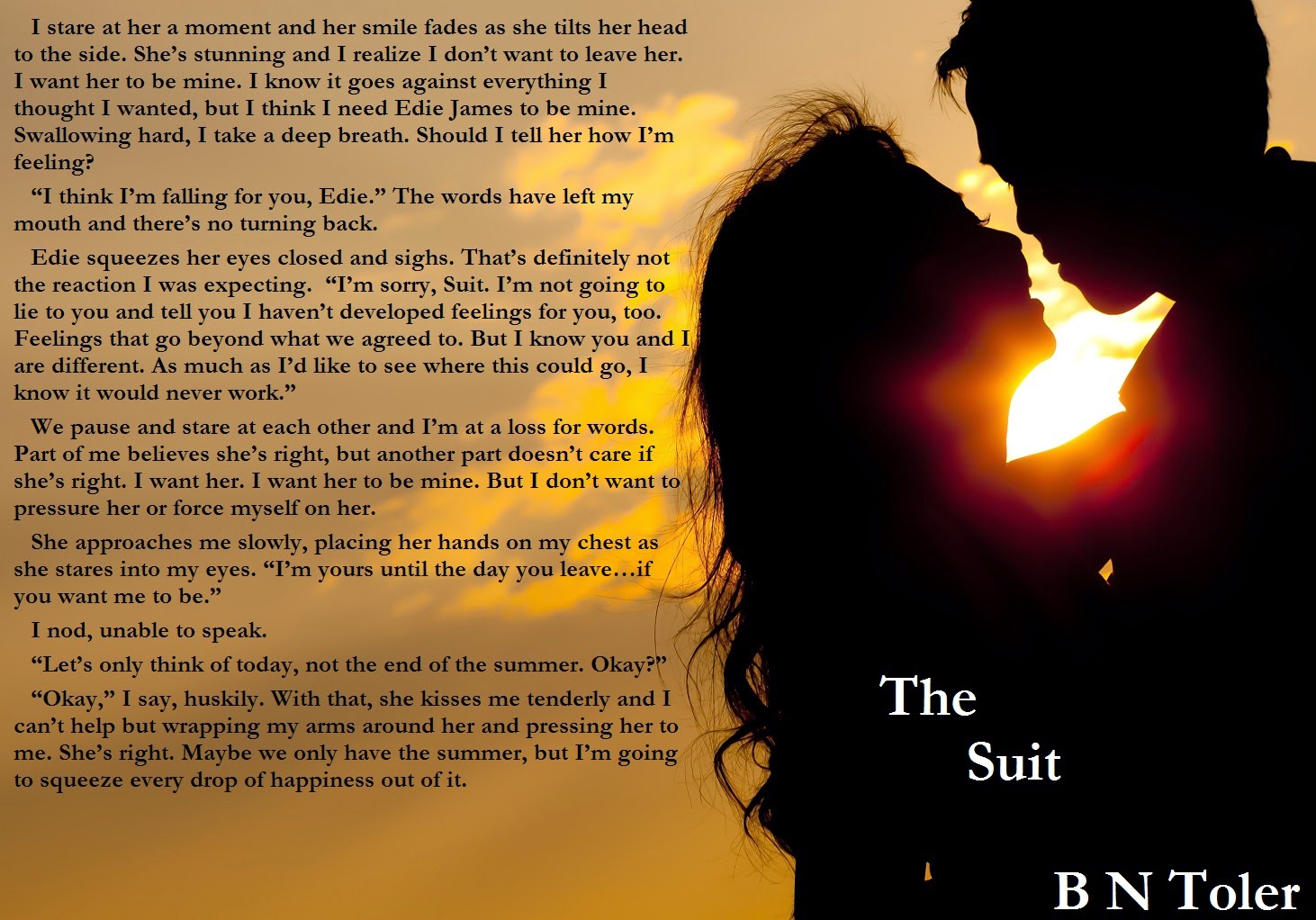 Edie’s grandfather made a new will before he passed leaving stipulations in order for Edie to inherit the family farm. And as if that wasn’t enough of a challenge, the suit has to work on the farm with her for three months to settle a debt he owed to her grandfather.

And he’s moving in with her. 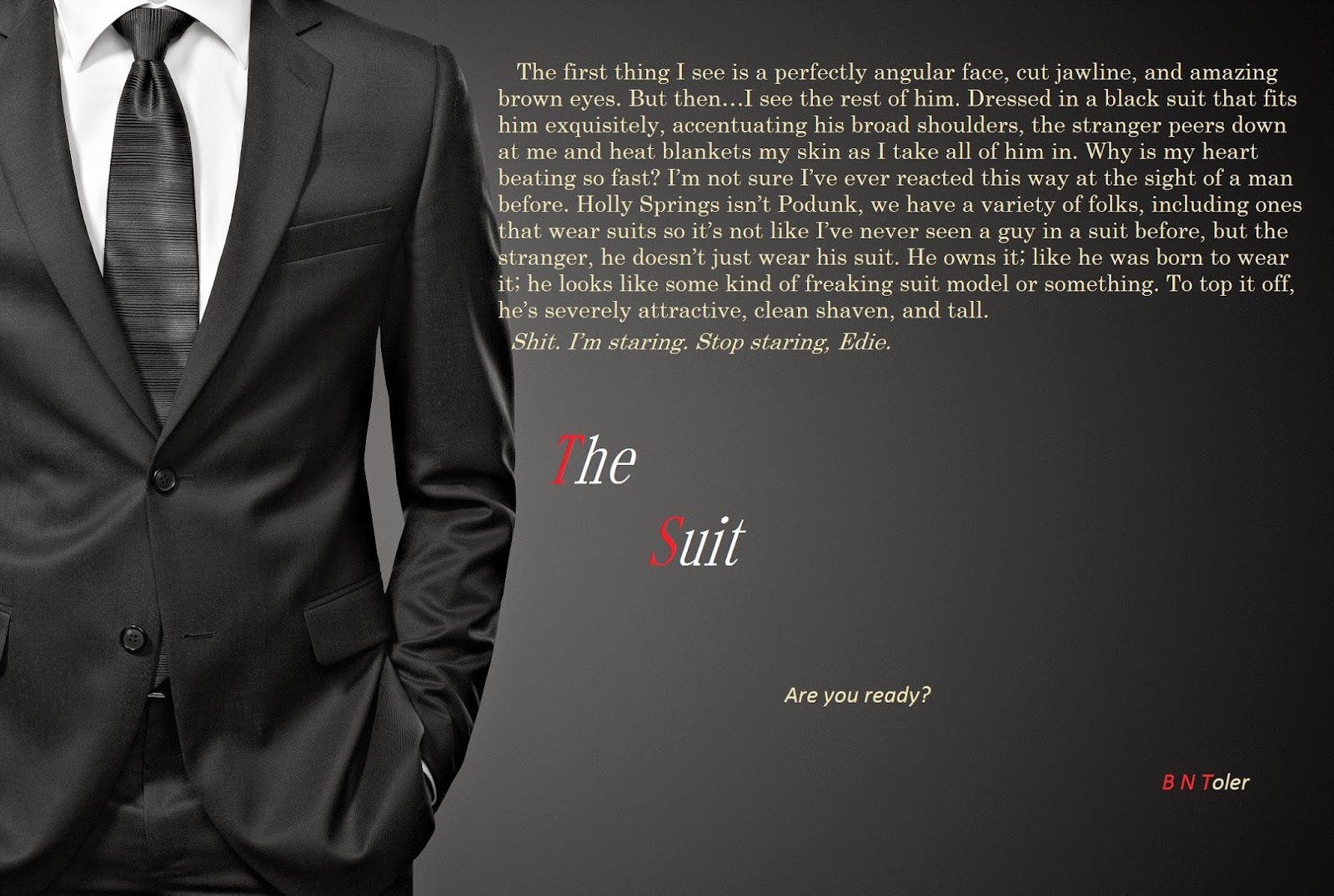 With a rocky start, the two seemingly polar opposites call a truce and attempt to be friends. As their unexpected friendship blooms, an attraction develops and both realize their first impression of each other is far from the truth. Now this once dreaded summer is set to be the hottest and most unforgettable they've ever had.

B N Toler lives in Virginia with her epic husband, Toler. and their three rowdy children. When she's not reading and writing, she's thinking about reading and writing. Before she became a self-proclaimed writer, she worked as a real estate agent and as an orthodontic technician. **She will notice your teeth before your eyes or hair or anything.**

She enjoys shopping (way too much) and is on a first name basis with several employees at the local Target in her town.

She loves music,(bluegrass, country, 80's, actually she loves most music ~her favorite song is American Pie by Don McLean and she worships anything that is Elvis and Johnny Cash and Eric Church) dancing, (even though she sucks at it)reading, writing, eating (too much) sleeping late, (which she rarely gets to do) and laughing. If you can make her laugh, she will love you forever.

She is addicted to Coca Cola
She hates onions
She loves thunderstorms
She wants to have Karen Marie Moning's babies
She curses....a lot...like way too much
She's immensely afraid of snakes
She fangirls over M.Pierce
She HATES reality television
She could eat her weight in Snickers candy bars
She loves books and movies that make her cry
She cries over anything remotely sad
She loves the Lord
She LOVES Jack Daniels and Ginger Ale. (too much)

She hopes she hasn't bored you to death. 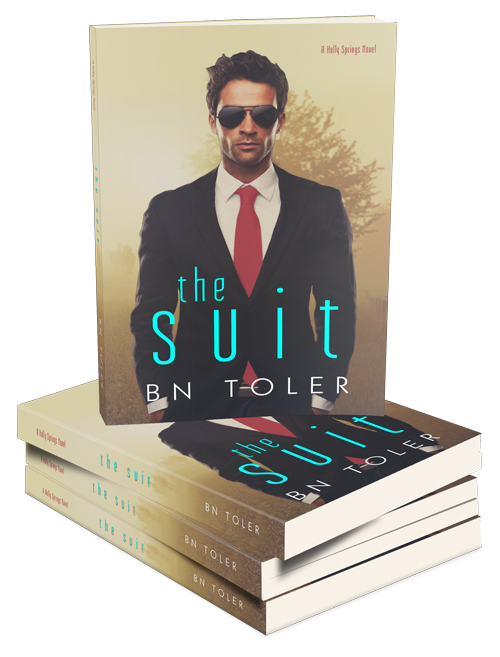 The Suit Blog Tour Schedule
Hosted by ESCAPE TO BOOKLAND

Click on the link below to enter The Suit Blog Tour giveaway!!!