Release of Predator's Fire and interview with Rosanna Leo and her wonderful shifter MEN!! To Celebrate this release I was excited to join forces once again with my Bestie and have a cozy chat on the bear rug (faux of course) with our good friend and a favorite author Rosanna Leo!
Oh did I mention my bestie is Bookie from over at The Bookchick Romance Reviews and MORE  Now, if you don’t know anything about Rosanna, understand this. She writes romances that are absolutely smoking hot – be it the gorgeous gods in her Greek Gods series or the sexy shifter in her Orkney Selkies or Gemini Island Shifters series. Did I say the men are hawt…they are tot---

t’irla: *Clears throat* I know you love Rosanna and all. I do, too. But, can we get onto the interview here. We want to be respectful of Rosanna’s time. Quit your gushing. *Eye roll*

BC: Fine! *Irritably* You are such a killjoy! Anywhoot *glares at t’irla*. Rosanna, why don’t you introduce yourself to our followers.

t’irla: *Sticks tongue out at Bookie* and opens her mouth to speak when Rosanna interrupts...

Rosanna: Hi everyone! Rosanna Leo here. I’m the author of a few paranormal romance series, with my most recent being the Gemini Island Shifters. I popped by today to say hello to my pals BookChick and t’irla, tireless supporters of my work (thanks, ladies!) I was so pleased when BookChick and T offered to interview me about the release of my new book Predator’s Fire, Gemini Island Shifters 5.

*Rosanna looks over her shoulder* Oh. It seems my shifter men from the series have dropped by as well. *Waves at 5 gorgeous shifter heroes* Hi guys. What are you doing here? I’m supposed to be introducing Killian’s book.

t’irla: *Jumps up and down clapping as she sees the all the HAWT! Men*

Killian: *Killian Moon, jaguar shifter, steps forward*. I heard Book Chick and t’irla were going to be here. I had to, um, come. *Winks at ladies and sits between Book Chick and t’irla*
t’irla: *Starts stroking Killian’s bicep* and speaking in a southern twang*. Oh my, I do declare, you are quite possibly the most beautiful man I’ve ever seen. Do you need anything? Water, coffee…a massage? *Flirtatious blink*.

BC: *Rolls eyes* Oh my gawd. Get yourself under control, Scarlett O’Hormones! *Turns to Killian* Thanks for being with us today, Killian. *Waves to the other shifter men* Hi guys! Rosanna, why don’t you introduce the Gemini boys to everyone.

Rosanna: I’d like you to meet Ryland and Soren Snow, the bear shifter brothers from books 1 and 2. The tall, dark-haired tiger shifter is Anton Gaspar from book 3. My wolfie friend is Bart Cairo from book 4. And of course, our resident jaguar shifter Killian Moon, from the latest book, is sitting over there with BookChick and t’irla.

Ryland: Why don’t I get to sit with the ladies? *Smiles at t’irla* We’re old friends, aren’t we?

t’irla: *Looks longingly between Ryland and Killian while still stroking Killian’s hair*. *Pats the seat next to her*. You can sit right here Ryland…or I can just sit in your lap *Giggles and climbs onto Ryland’s lap accidently pulling Killian’s hair*.

Rosanna: Well, Ryland, this interview really is about Killian’s book.

Killian: Yeah. You heard the lady *Puts arms around BookChick and pulls t’irla from Ryland’s lap*.

Soren: Killian’s just got a fat head because it’s his turn in the spotlight. Dude, enjoy it. We all know Rosanna is writing another book about me anyway.

Soren: Well you should write another book about me. Don’t you agree, t’irla, my love?

t’irla: *Incessant giggle and fans her face*…Oh my! It sure is hot in here with all this man love coming in my direction.*Sticks tongue out at Bookie again*

BC: Oh my gawd, T! They. All. Have. Mates! Get yourself under control!

Soren: Who are you calling Paddington?

Anton: If the bear suit fits….

Bart: *Sighs* Bears and tigers. Why don’t you boys step aside and let a real wolf take care of the ladies? *Offers a wolfish grin to BookChick*.

BC: *Blushes and responds with a shy smile*.

Killian: Hey guys, I thought this was supposed to be an interview about my story, about how I met my mate, Nina.

Rosanna: *Laughs and smiles kindly at t’irla*. Killian, why don’t you tell us a bit about how you and NINA met?

Killian: *Laughs* Well, it wasn’t under the best of circumstances. Nina was looking for answers about her dead friend, but she didn’t plan on encountering a community of shape shifters. Nina’s human, you see, and had never heard of our people. When she learned the truth, she didn’t take it too well.

Ryland: That’s an understatement. I was there. I remember. Nina tried to beat you to a pulp.

Bart: *Chuckles* Yeah, our boy Killian has to tie a woman up to get her to talk to him. It’s the only way they’ll pay him any attention.

Rosanna: Now, now, boys. Despite this rather territorial banter, I can assure my readers the men of Gemini Island are the best of friends. *Looks pointedly at 5 men*. Aren’t you, boys?

Anton: *Nodding and smiling* Yes, ma’am *Said in unison*. Anything you say. We live to serve you.

t’irla: *Interrupts* Oh you boys can serve me, all right. All. Night. Long.

t’irla: *Mutters about cold winters in Canada and warm men*

Rosanna: Well, it becomes very clear in Predator’s Fire how much you all mean to each other. Killian and Nina are forced to make some difficult decisions and a terrible threat looms over the island. A shifter cult, the Alpha Brethren, has promised to annihilate the residents of the Ursa Lodge. In fact, one might wonder if the island and its shifter community are doomed.

BC: *Gasps* Oh no! This sounds terrible.

*The men all grow serious and pensive*.

Ryland: No one is ever taking my island.

Soren: Not without a fight.

Anton: We will fight to the death to protect our mates and families.

Bart: And we will win!

Killian: The Alpha Brethren are going down, I promise you that.

Rosanna: Killian, the Alpha Brethren have old ties to you and your brothers Percy and Byron. Are your brothers ready for fight ahead?

Killian: *Grins at tirla*. They’re itching for the fight. Oh, and I hear you’ve planned a romance for them as well, Rosanna. You do realize they want to share a woman?

*The men all smile*.

Soren: Sweetheart, I’d say if you need any practice working on those ménage scenes, you won’t be at a loss for volunteers to act them out. *Grins at Rosanna*

Rosanna: *Nervous laughter*. Well, let’s wait until book 6, shall we? In the meantime, Killian, is there anything else you want to tell us about your book?

Killian:  *Utters a low, sexy growl*. It’s a panty-melter, ladies. And I can’t wait to share it with you. *Winks at BookChick at tirla*.

t’irla: *Happy sighs and looks longingly at Killian*...I can’t wait to get my hands all over your co—

BC: *Hastily interrupts* BOOK! She was going to say book. Right, T?

t’irla: *Grins* Oh you can take the book and I’ll take his co—

BC: *Coughs loudly and interrupts before T’irla finishes her thought*. Rosanna, thank you for taking time to join us today. *Looks at the Gemini men*. Boys, it has been a pleasure meeting each and every one you and your mates *Glares at tirla*. I have re-read your stories often.

Rosanna: Thanks for joining me here, guys. Thanks BookChick and t’irla for all your enthusiasm for the series. Oh, and t’irla, maybe you should climb off Killian’s lap now. You think?

t’irla: *Clings to Killian and reaches for Ryland*. 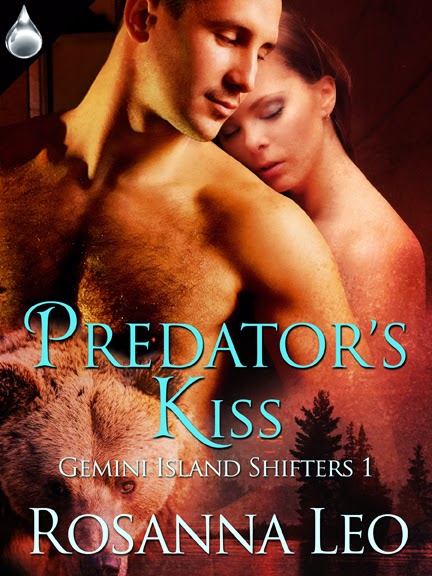 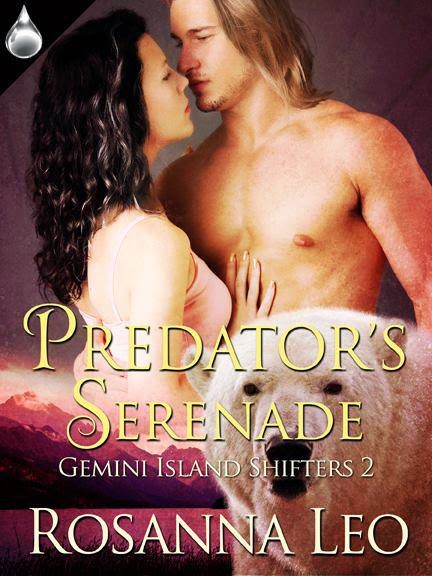 Then his musical and over the top handsome brother Soren 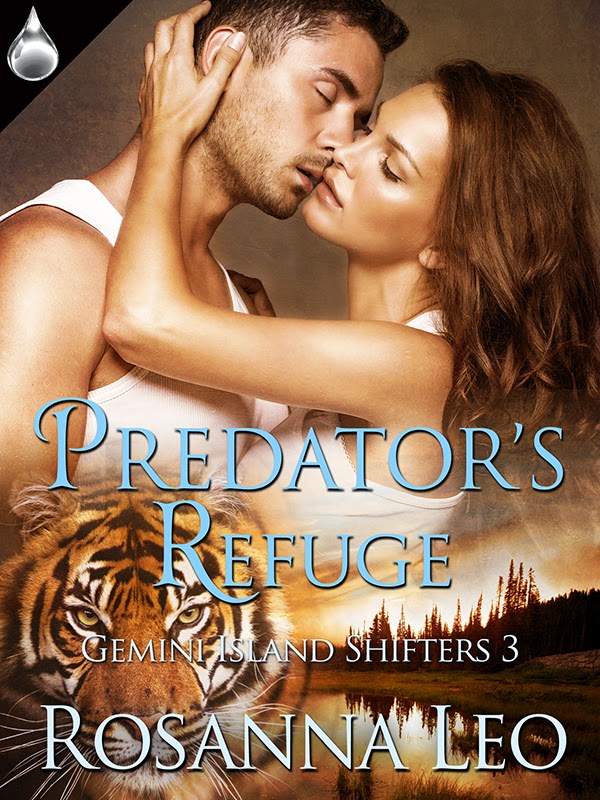 We can't forget our glorious Anton the Tiger shifter with a sexy accent! 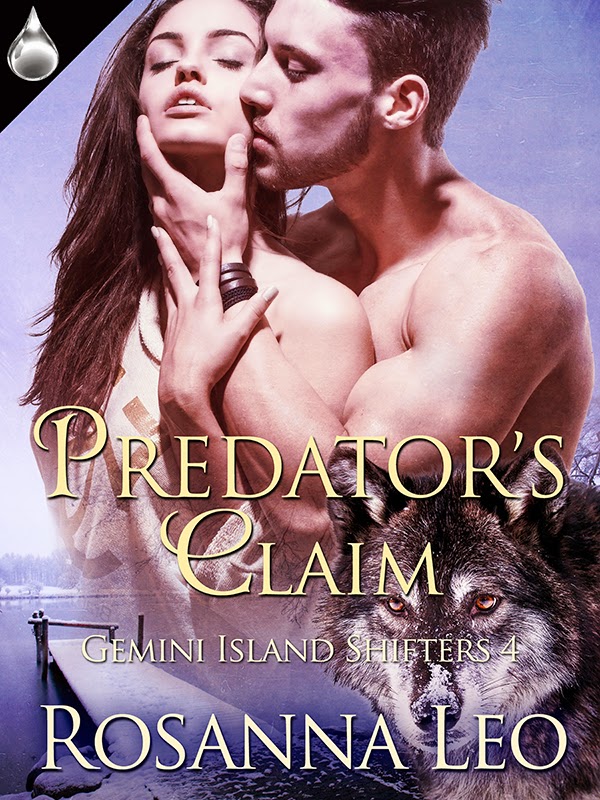 *Sigh* then we have our beautiful wolf shifter Bart YUM And this MONDAY!!! you can meet the fabulous jaguar shifter KILLIAN!! 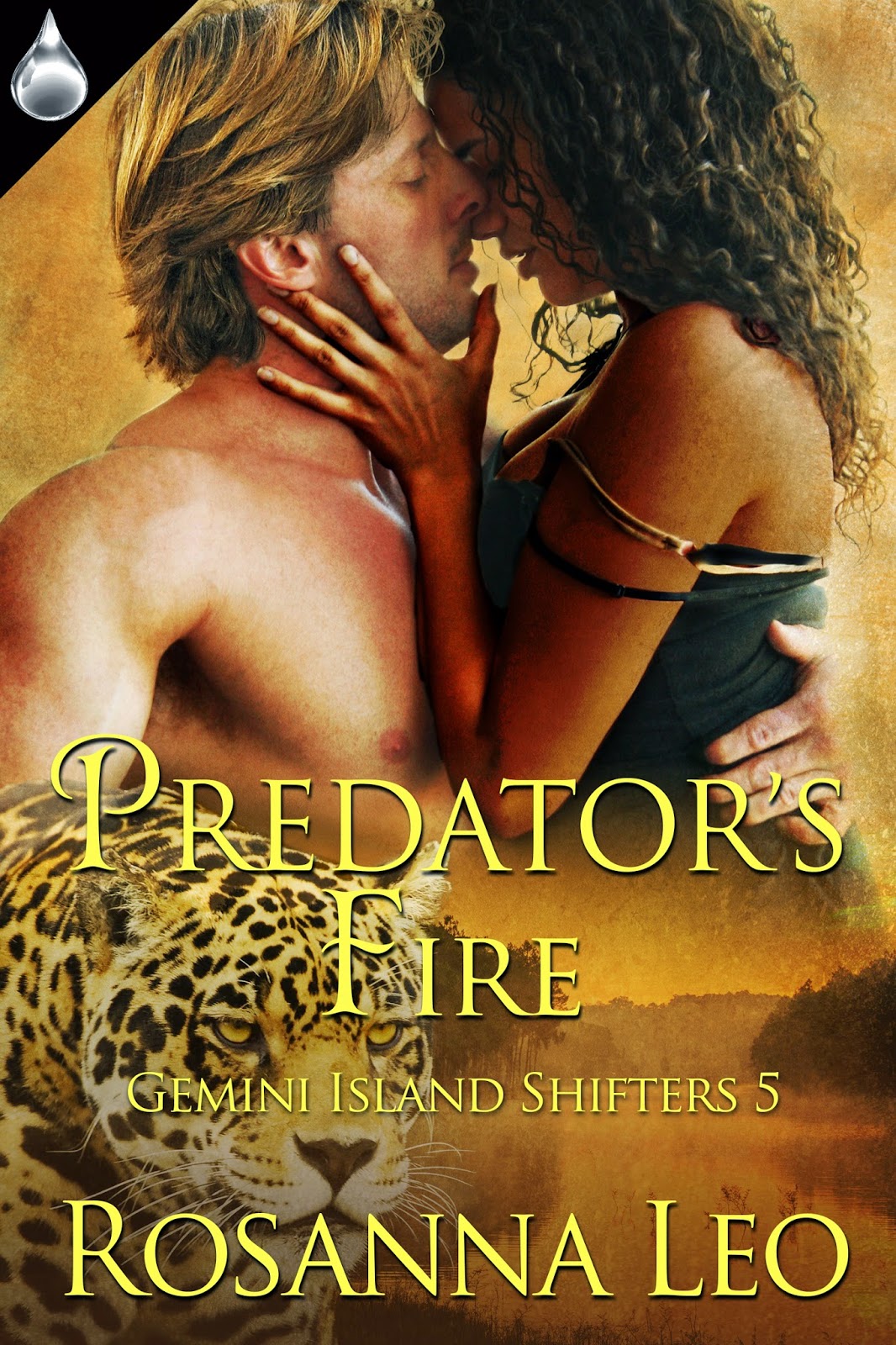