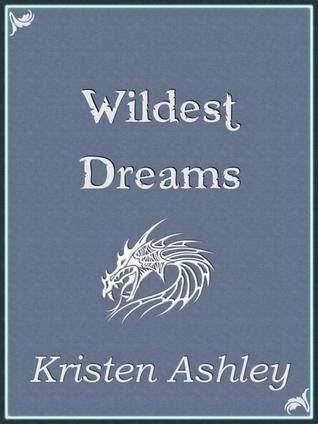 The Best way to start a brand new year is with a Kristen Ashley read and as usual she didn't let me down.

In this outing she put her quill to paper and wrote a fantastic romantic fantasy with all the intrigue and suspense as her contemporary romances give us but also has the magic of not only a witch but of a fantasy land that has a modern girl becoming a princess in a time of swords and swashbuckling. Just like her CR this book gives us several uber hawt alpha males including the main character of Frey who instantly went on my book boyfriend list and his "men" as well as other hunky heads of the royal houses. Frey is everything I adore in a MC he is strong in body and mind, just on this side of controlling, extremely masculine and powerful but he is soft and tender with his Finnie. I just adore hard, stern men who melt for their one and only.
As with a lot of KA novels I did think Frey was a bastard at the beginning but that didn't last long.

Finnie was the ultimate heroine, adverturous, kind, with strength of personality and a good strong backbone. She takes everything as it comes rarely getting too worked up about it...and doesn't lose herself in her love but keeps true to her personality. That is one of the best things about KA's heroines, they don't melt with their mates they keep their individuality and they compliment the men and are not taken over by them.


All in all this is definitely a must read for fans of Fantasy novels as well as romance. The blending of the two works wonderfully and neither reader will be disappointed. A 5 star read for me...and now I'm off to read book 2...you can never have too much Kristen Ashley in your library!